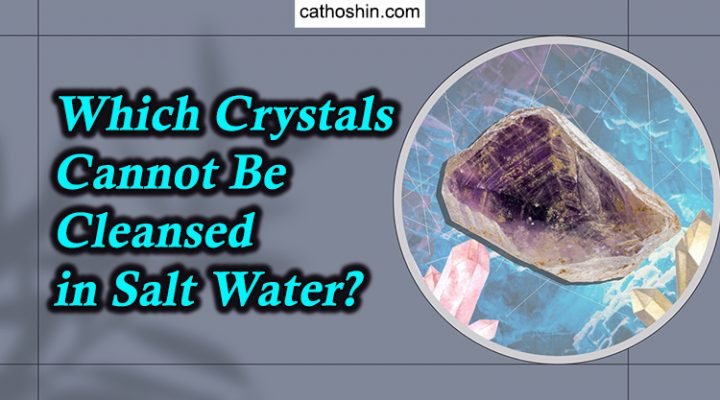 Are you cleaning your crystals properly?

This question should always be considered so that you can do the right maintenance to your crystals. Actually, there are more than 10 techniques to cleanse the crystals, from using brown rice to visualizing. However, salt water cleansing is the most popular method as it’s easy to do and efficient.

What’s the problem? If you want your crystals to be in great condition for a long time, be cautious. Keep in mind that some can’t be treated with liquids and salts. So, which crystals cannot be cleansed in salt water?

Let’s find out in the following!

Crystals That Cannot Be Cleansed in Salt Water… 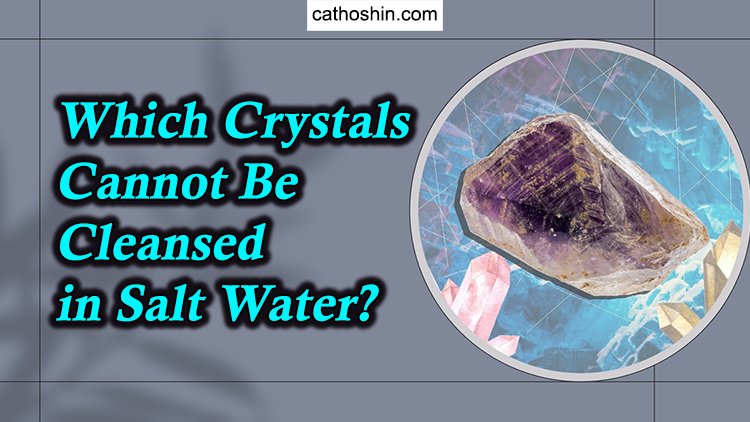 Here are several stones and crystals that shouldn’t be cleansed in salt water:

Please note that some of these crystals have various forms; for example, calcites are available in different colors – blue, green, and orange, and all these 3 colors can’t be soaked in salt water due to high resonance. Besides, other raw or rough stones are not suitable to cleanse in salt water as well.

In case you have a hard time to remember the whole list or you don’t really understand whether or not your crystals are good for salt water cleansing, it may be easier to check out their hardness level.

If the crystal is fragile and can be cracked with a small stone, don’t rinse it with salt water. Its quality will be more terribly damaged when being soaked in salt water for hours.

Then, how to cleanse anti-salt crystals?

You can try these methods below:

1. Submerge them in clean freshwater, or you can place them under running the water until your intuition tells you to stop. Freshwater is harmless and causes no damage to your crystal. In fact, the purity of freshwater will actually increase the power of magic stones and makes them work efficiently.

2. Another great way for cleansing and recharging is to give your crystals a rain shower. Put it simply – place them on a clean ground and let the rain water run through them.

3. Smudging can also be used for anti-salt crystals. Burn the white sage stick (or incense) and move it around your crystals so that the smoke can rub all the facets completely.

4. The last method in this list is ultrasonic cleansing! Though this one is unfamiliar to many, but it’s considered as a good technique to those crystals which can’t be cleanse in traditional ways.

Find out the magic stones that can bring you wealth!

According to witchcraft experts, using this method 1-2 times a year is alright. However, to those try it on a regular basis – you are unintentionally damaging the quality and power of your crystals. Whether they are suitable for salt water or not, constantly bathing them with salt will leave bad effects on them only.

From my research, salt is a compound that can penetrate the microscopic fissures on the magic stones. If they keep being soaked in salt water, that penetration can weaken their power in the long run. For those owning polished crystals, then the same matter will happen but it may take a longer time.

Some told me that the shine of crystals will fade after a while and eventually look a little washed out and dull if being cleanse in salt water constantly.

How to Cleanse Crystals in Salt Water?

I must say that salt water cleansing is highly suggested by millions of crystal lovers because of its simplicity. No need to pay much or to put much effort in preparation, this method can be done easily and efficiently within a short period of time.

The technique of cleansing crystals with salt water comes with various ways, but most practitioners usually dip their healing stones in a salt water bowl.

Have a look at this step-by-step guide:

If you don’t have freshwater, then just use filtered bottle water to remove the harmful chemicals penetrating your crystal.

Can I Use Himalayan Salt for Alternative?

This is one of FAQs because some individuals believe that using Himalayan salt for crystals cleansing won’t damage the quality as well as fade the shade of their magic stones. They claim that Himalayan salt is safer than ocean salt – is it true?

Well, according to healing crystal experts, Himalayan salt is more distinct and undeniably superior when it comes to energy.

Nonetheless, Himalayan salt is a type of salt and still has the possibility of weakening the power of your crystals. It still affects their quality if being used on a regular basis, same as sea salt.

For the better, you should avoid applying Himalayan salt on healing stones that are seemingly brittle.

I guess now you already know which crystals cannot be cleansed in salt water, right?

When deciding to use crystals, the first thing you need to know is how to give them the correct cleansing methods.

This is significant if you want to use them in the long run!

Honestly, salt water cleansing isn’t a good technique for all crystals, especially those we mentioned above. But, many still considered it as the best form of cleansing!

Salt water can absorb negativity and toxic energy very well, so never re-use it after finishing the cleansing.