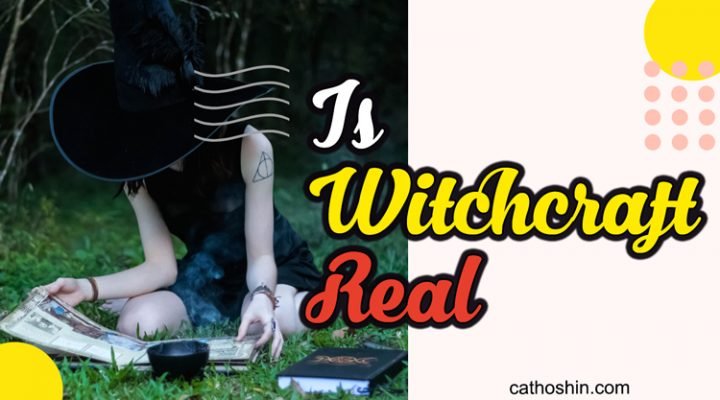 Witchcraft indicates the practice of magical skills and abilities.

In the history, this term is very popular in many countries’ culture including Africa, Asia, South America, and other indigenous communities. It’s not surprising when there are many myths and misconceptions revolving around the witchery.

According to some witches, witchcraft has always been misconceived as an evil method used to bring harm to innocent people. In this modern era, though more individuals learn about this field, the doubts still exist.

In fact, this is a neutral matter as it doesn’t happen to everyone. However, I do believe if you make use of the magic with pure intentions and in a correct way, then chances for it to come true are high.

Learn more about witchcraft in the following!

What is The Real Witchcraft Meaning? 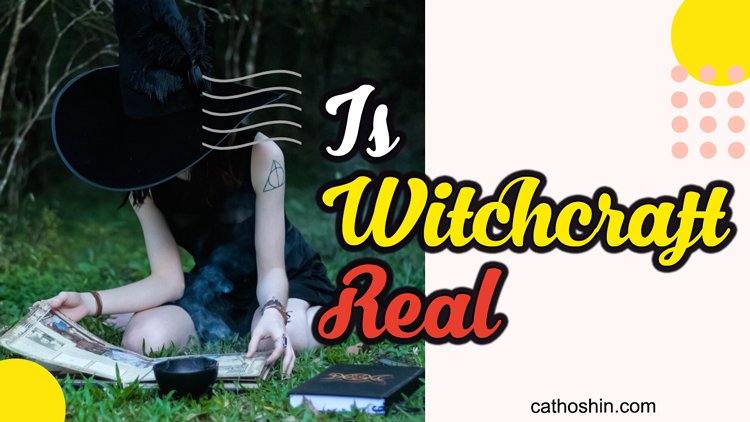 I bet some of you have read or at least watched Harry Potter before, right?

If yes, then you can understand a part of the witchcraft meaning easily.

We all think that witchcraft is just the practice of casting spells or performing magic rituals; however, it’s more than that. In fact, this concept can refer to traditions, beliefs, and incantation crafts in different cultures across the globe. No one knows exactly the time but witchcraft has appeared in our lives for many centuries.

Back then, the word “witch” or “witchcraft” had no good meaning, and those engaged in practicing magic, whether black magic or white magic, were claimed to work with The Devil and were executed as followers of Satan.

In these modern days, more and more people express their interest in learning the art of crafting magic. They call themselves as Witch with the capital W as a way to differentiate their practices from all false misconceptions in the past.

Witchcraft is a magical method that has been practiced across countries and in many cultures for centuries. Those performing witchcraft are categorized into different titles, such as witches, priests, healers, and shamans.

The fear of witchcraft is manifested clearly in Western culture in 1400s, when some of witches were persecuted for the first time in Europe.

Despite the variations in practices and customs, many usually think of witchcraft as a mean to cause harm on others. Historically, witches were considered as members of the evil anti-religion force and being able to conspire with the devil. That’s why they got treated as a dangerous threat to the community.

Actual works of a typical witch

What do witches actually do?

They’ve always been described as magic makers who can help ordinary people achieve extraordinary wishes. Not having a specific method; in fact, they use various ways to bring changes and influences to an event, from folklore and superstition to natural practice.

However, things seemed to be worse for the ancient pagan religions when Christianity became principal in Europe. Though the practice of making magic still survived, plenty of negative rumors about it gradually appeared in the public. People were convinced that witchcraft was associated with the devil and its power can harm the human brutally.

Over 300 years, hundreds of thousands of witches were executed, tortured, and killed. The victims of those attacks were mainly women unmarried or widowed – as they lived alone, so it was easy to capture them. There were many circumstances they became the target not because they were witches but because others wanted their assets.

The practice of witchcraft today

Nowadays, witchcraft has been commonly practiced in India, Tibet, Brazil, Thailand, and many other countries. Compared to the past, this field is gaining more respect and appreciation. Talking to a spellcaster is no longer a difficulty because they even offer the service online.

Go to Africa and you will find different types of witch consultants, who enable to read your future, cure your sickness, communicate with ancestors for life guidance, and perform magic spells. Or, according to Tibetan Buddhism, a monk often plays as an evil spirit in a ritual dance in order to eliminate devil. A session with Sri Lankan shaman will ease your illness and strengthen the energy balance inside your body.

Some of you may not know but Feng Shui, the Chinese ancient magical art, is a witchcraft tool currently popular in the US. Another form of witchery practiced widely there is Wicca, along with other magical beliefs such as astrology, rune reading, and herbalism.

A Glimpse into Basics of Witchcraft 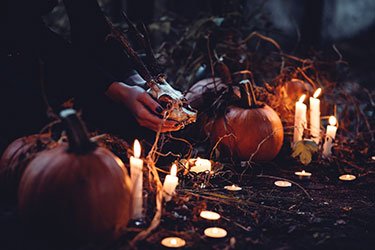 Not that everyone can practice witchcraft; truthfully, there are some essential skills that you must follow if desiring to become a capable witch and to cast effective magick.

Whether you are a professional or just a beginner, it’s advisable to learn these foundational skills. Even if you’ve practiced spell casting for decades, never ignore to develop your witchcraft skills on an advanced level.

Here are things you should focus on:

Intention is very important in a spell casting session, as you may know.

It’s the ability to pay attention; however, the attention can be positive or negative. When performing a ritual, you must keep a calm mind and do not get distracted by any skeptical or doubtful thought. Once you’re capable of controlling the flow of your thoughts, then chances for the spell to come true are high.

By focusing on what you really desire, you will know how to act with purpose and stay consistent with action. If a spellcaster can concentrate on the real intention of one spell, she can help you solve your problem easily.

Of all skills a witch needs to master, awareness is the most significant.

More than observing what’s around you, it’s the capacity of spotting the subtle of a situation. Without awareness, you won’t be able to sense the vibration or energy changing within your body or in the surrounding. If you can’t feel those changes, then you can’t tell if troubles are coming for you or if you’re moving on the right track.

Lacking awareness avoids you from sending signals to the universe as well as from communicating with the Gods and Spirit Guides. There will be no spiritual guidance also if you hear nothing from your own intuition.

In short, magick or witchcraft can’t work if you have no awareness for your action.

You’re advised to develop this ability with imagination for a better change.

Why we have to visualize during the spell casting session? Focusing on your desire is good, but it would be greater if you can see what you really want through your subconscious mind. The inner power we attain deep inside can make it come true to the reality.

Picturing your wish is not as simple as you may think, however. It in fact involves all senses and both physical and emotional responses. Don’t be surprised when you find a blind person can visualize well in a magical practice – it’s because they did visualization through their mind’s eye.

Your spell can bring positive energy closer to you or push it away, depending on how you control your energy. Making use of divination tools (runes, candles, crystal ball, etc.) can ease the process, but it’s actually not functional enough without having a proper mindset.

Energy manipulation is the skill in which you combine both awareness and focus. It’s all about observing what is happening around you and sensing the subtlety on a fundamental level. Spot the key within the subtlety and make change. This skill can be accomplished well simply by concentrating your mind, not any tools required.

What are Magickal Elements? 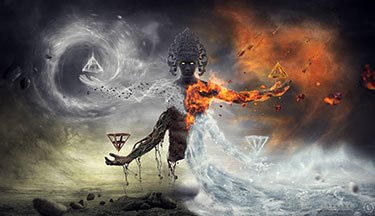 Any spiritual or magical practice has connection to the universe elements; in this article, let’s have a brief look at four main elements of magick:

This fiery element is linked to passion and ecstasy, spirit and strong will, intensity, violence, and to any process of transforming, initiating or demolishing.

The airy element is associated with intellectual and the process of communicating, illuminating, and transferring. In addition, it also indicates exploration or thirst for knowledge.

The witchcraft regarding water element is usually related to emotional things or any process of reflecting, adapting, and flowing. Spells working with this element involve friendship, love, loss and grief, reconciliation, and blissfulness.

This earth element represents physical and tangible subjects as well as all processes about reinforcing, solidifying, and stabilizing. It also has the relation to body healing, job promoting, wealth attracting, and family strengthening.

Now I believe you already have the answer to “is witchcraft real”, right?

Watch the video below and see why people choose to become a witch:

If you have any experience with the witchcraft, don’t hesitate to tell us here. Leave a comment as we would also like to answer all questions from you (if any).