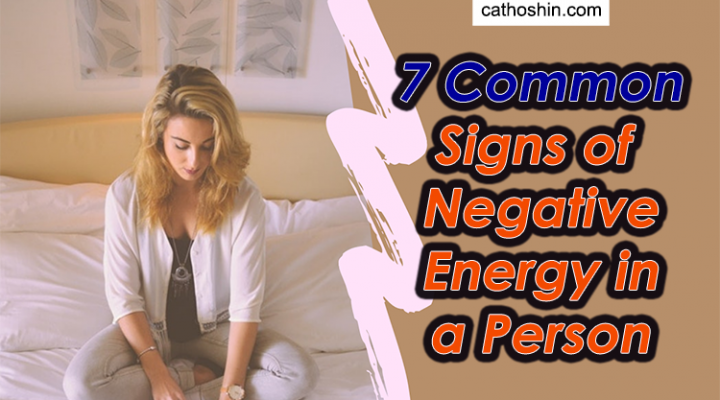 Having negative energy inside your body is not good.

We will, at certain times, feel mad, desperate, gloomy, jealous, anxious, lonely, fearful, or angry in different situations. These feelings are known as negative emotions, and of course they can exist in you.

While striving for a better life, we need to deal with all kinds of pressure and difficulty; that’s when negativity is born and lives with us. Sometimes we aren’t aware of this matter and things end up worse.

Let’s find out signs of negative energy in a person in today’s article!

What are Signs Telling People are Living with Bad Energy? 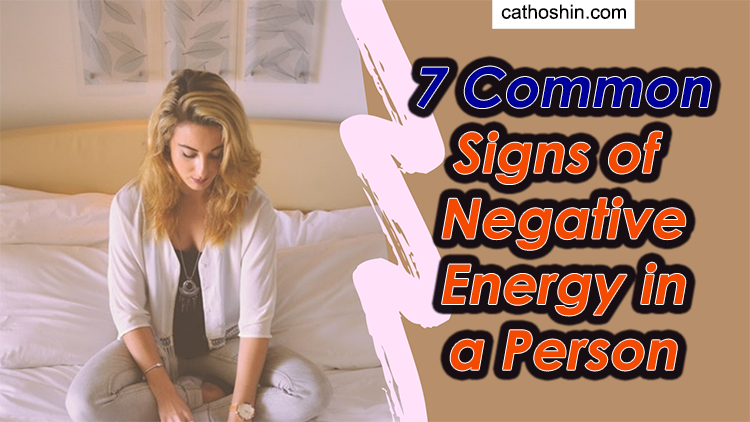 If you do nothing about negativity, it will build up and form a source of toxic energy around you. We all have experienced bad emotions at least once in life, and the key is how each of us deals with it. Some can shake off their anger or sadness with their optimistic attitude, while some get swallowed by negative energy.

Living with that kind of energy can only bring misery to your own life.

Also read: Signs your soulmate is thinking of you

Here, have a look at 7 signs of negative energy in a person so that you may be able to get rid of it later.

Like anyone else, negative individuals are also curious about others’ lives; however, don’t expect them to tell anything about theirs. They can’t help but believing their stories will be interpreted wrongly once being revealed. Influenced by negativity, it’s actually understandable because these people think about their actions as well as others’ too much.

The thing is that they have no problem when digging into stuff not related to them.

2. They have negative talks with themselves

Have you ever had negative self-talk before?

If the answer is yes, then negative energy is inside you. So, what is negative self-talk exactly? No matter what you do, you often say something like "I can’t do this," or "I look terrible in this shirt," for example. That kind of thought can pop up at any time in your daily life if negativity is on your surroundings.

Negative self-talks can block your optimism and make you lost your confidence. It’s better to look for some interesting activities on which you can shift your focus, especially when you feel down.

Get tips on how to remove negative energy with salt here

3. They are full of worries

There is no optimism or happy ending in the dictionary of negative people.

Like I just said, because of their negative self-talk, the chance of them seeing favorable outcomes is zero. Only worst results in their mind; therefore, again it’s understandable if they are full of anxiety and concern.

When a negative person knows about what they need to do, their mind will instantly be filled with bad news or bad fortunes. It doesn’t mean they want them to come true; to be honest, this is a defense mechanism prepared to prevent them from getting hurt. You may think their worry can bring them down, but indeed it works as a warning sign to them.

But, when it comes to teamwork, their bad predictions can affect others’ mood.

4. They give unwanted advice

If one has bad energy, they’re likely to give away advice even when no one asks them. According to experts, negative people tend to offer their advice freely to others without really considering the situation. If delving deeper into their lives, it’s easy to see that it’s a mess and they themselves don’t even follow their so-called advice.

Of course I don’t mean everyone but (mostly) when someone tells you what to do and how to do something, the high chance is that they are having their own issues not sorted out yet.

They find it easier to solve others’ problem rather than managing their own.

How to know that you’re next to someone negative?

If that person seems to complain incessantly, it’s them.

Actually I’m quite curious about what is going on in the head of individuals full of negativity. Their thoughts, perspectives, and behaviors scream the world is against them most of the time. No matter what circumstance they are in, there are always complaints and whining following.

Nothing good happens to them, from traffic jam to bad weather, demanding boss to unfriendly colleagues. They believe that every misfortune coming to their lives only makes them more miserable.

Never expect them to view situations from a positive angle.

People with toxic energy indeed don’t have thick skin as you may think. They can be nosy about others’ affairs, gossip here and there, spread bad news, or offer not useful advice, but they are not really good at taking criticism.

When hearing or reading anything negative about themselves, they seem to have a hard time coping with that. However, I think it’s understandable because even the most positive person does get hurt with harsh comments.

The worse thing here is that negative people think about all the compliments and innocent remarks to them in a bad way. They get offended by jokes easily; that’s why others feel comfortable around them.

This is definitely their favorite word in the dictionary.

They tend to turn the positive mood into the negative one with just a ‘but’ word. For example, "this dress looks so nice but I’m so ugly wearing it."

That’s all for 7 signs of negative energy in a person.

If you continue behaving exactly like the information above, negative energy will keep building up inside your body and even radiate around you.

Then is it possible to remove that toxic energy?

Well, the answer is yes, but you have to be persistent and patient instead of rushing. Unconditional support from family, friends, or loved ones is a must. If you really want to get help, the first thing to do is learning to accept the negative energy in you.